The passing of Supreme Court Justice Antonin Scalia has had a polarizing influence on the modern world. Whatever your opinion of him may be, if you identify as a gamer you would at least respect his defense of video games.

END_OF_DOCUMENT_TOKEN_TO_BE_REPLACED

Microsoft Xbox director Chris Charla recently announced that they were working towards making an online, cross-platform multiplayer. This would mean that people playing Call of Duty on PS4 could be playing against other players on Xbox. How cool is that?

Now, Sony has come out and said that they are ready and willing to play ball. In fact, a Sony spokesman said the holdup was Microsoft.

Also in PlayStation news, Sony will be dropping an updated PS4 console they are dubbing the PS4.5. Sony is trying to keep up with PC gaming, specifically the Oculus Rift virtual reality headset, with their own PlayStation VR. Apparently, current generation hardware can’t even support Sony’s new high-tech headset. Along with the VR update, the PS4.5 will support 4k resolution for its games.

Are you looking forward to cross platform play? Will 4k resolution or VR support be enough to get you to pull the trigger on the updated console? 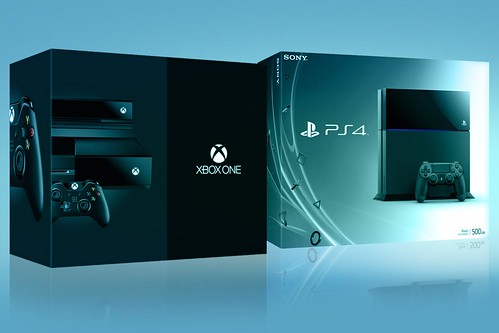